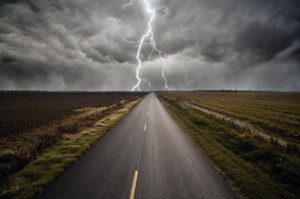 This can be frustrating for parents — especially when you believe counseling would be useful or it is being required by some external mandate, such as school or the legal system.

However, with many teens the more you push, the more they’re going to resist.

It is developmentally appropriate for teens to question, rebel against, and ultimately reject the plans of authority figures. This is true for all adolescents. With some teens, though, we see distorted versions of these normal developmental tasks, like we’re looking into a fun-house mirror. The problem isn’t that they’re attempting to establish autonomy and develop identity. The problem is that they’re doing so in ineffective ways.

It can be easy to label these teens oppositional, defiant, or out of control. In my experience, though, they’re stuck.

Stuck teens usually know they’re stuck. They might not admit it to you, but they know their choices aren’t effective. They know they’re making things worse. They know something needs to change. They just don’t know what else to do. So, they continue the ineffective behaviors. Every time these behaviors are repeated, they become more internalized, more inevitable, more hard-wired. Stuckness becomes the defining stories of their lives.

If you’re the parent or caregiver of a resistant teen, please know that you’re not alone. Please also know that it won’t help to threaten, bribe, or nag them about counseling. Therapy isn’t punishment — at least it shouldn’t be.

I suggest you be direct and clear with your teen about why you believe counseling is appropriate. If your teen is willing, invite them to participate in finding and choosing their new therapist.

Teens often have all sorts of misconceptions about therapy. As a result, getting them to that first appointment is usually the hardest part. If you can do that — without threatening, bribing, or nagging — chances are good those misconceptions will be dispelled.

SOMETIMES RESISTANCE ISN’T RESISTANCE
When teen guys state they don’t want to attend counseling it may be they believe doing so means they’re weak, damaged, or not adequately self-sufficient. In my experience, this is especially true with teen guys who are depressed or have trauma histories.

Also, if the teen guy is oppositional at all and a parent wants him to attend counseling, doing so — or not — could be more about autonomy than anything else. In other words, he doesn’t want to come because you think he should.

With all that in mind, I suggest you present counseling as an expectation, while avoiding any argument or debate on the matter. When parents take this approach, teen guys can blame you for having to go. That lets them off the hook, since they don’t have to admit they need or want help.

In my experience, these “forced” guys often end up being well engaged in the counseling process.